There are generally considered to be 17 types of ducks in South America, and 11 are commonly hunted in Argentina. The estuary, marsh, lagoon and river systems of South America coupled with the abundant agriculture provide the best duck hunting opportunities in the world. Because weather controls the migration patterns it’s not likely a hunter will see all 11 species common to Argentina, however on a typical duck hunt in Argentina one may expect to see 5-6 species.

While Argentina and Uruguay are very well known for limitless dove hunting, and year round dove season, these South American countries are equally known for the high volume duck hunting readily available. Seasons and limits vary depending on location, so please contact Southern Outfitting to get the most current regulations. Generally speaking Argentina duck season runs May through August and Uruguay duck season runs May through September.
The commonly hunted ducks are listed below. 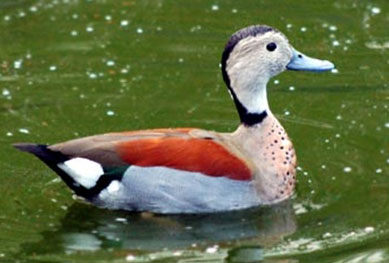 The Ringed teal is among the early migrating species of waterfowl in South America. The small bird is slightly smaller in size to the green-wing teal of North America, and is colored with a unique and vibrant feather pattern, with one white ring on each wing, giving it the name “Ringed Teal.” During the migrating months, this species is found in Argentina, Bolivia, Paraguay, Brazil, and Uruguay. The Ringed Teal is characterized by the white rings on its wings, is baby blue bill, and soft quit peeps while in flight. As the smallest species of teal throughout South America, the Ringed Teal provides challenging entertainment with its speed and sporty flying style. While this species is highly regarding for its beauty and acrobatic flying patterns, its greatest attraction is its rarity. 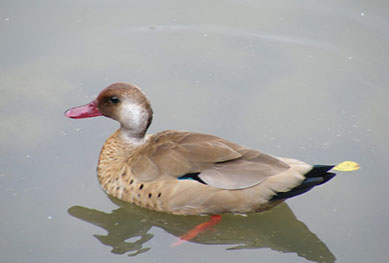 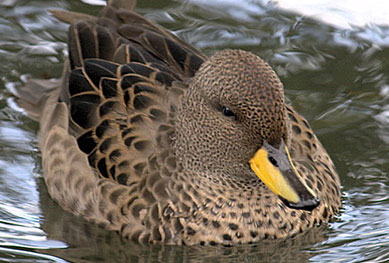 The Speckled teal is among the early migrating species of waterfowl in South America. This teal species is also small in size and most comparable to the green-wing teal of North America. The Speckled Teal is characterized by its speckled feather patterns, yellow beak, and speedy, acrobatic flying style. This species finds comfort in numbers, and tends to fly in large groups of (2-12). Their natural tendencies are to fly in unpredictable patterns at low altitudes, and generally flock within their own species. It is recognized by its loud and repetitive peeps and its fearless decoying style, and highly regarded for its willingness to respond to imitation calls, and willingness to decoy. 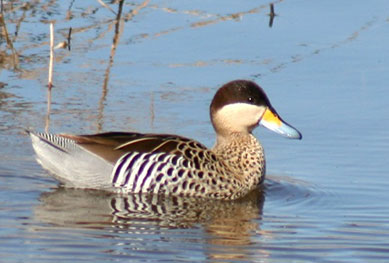 The Silver Teal or Cappuccino teal is among the early migrating species of waterfowl in South America. The small bird is similar in size to the green-wing teal of North America, and is noted for its cappuccino cheeks, speckled feather pattern, and beautiful blue and yellow bill. The Silver Teal is unique in its flying patterns and can be found in pairs as well as large groups depending on the time of year. This teal species is recognized by its soft peeps, speedy flight, and willingness to decoy. The male and female Silver teal are identical in body size and plumage, and rarely flock outside of their species. As an early season migratory through South America, the Silver teal is most commonly found in large flocks during the early winter months, and can quickly fill any lagoon or pothole with its healthy populations. 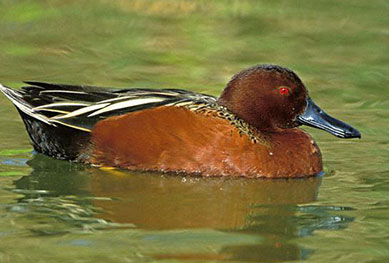 The Cinnamon Teal is found between both the early, mid, and late migratory species. The small teal is similar in size to the blue-wing teal of North America, and is recognized by its cinnamon color, black bill, and bright red eyes. This bird is one of the few teal species that is found in both North and South America, and the bird is highly prized by sportsmen and woman for its beauty. Recognized by its colors and characterized by its far reaching migration, the Cinnamon teal is a prize in any country, state or province. 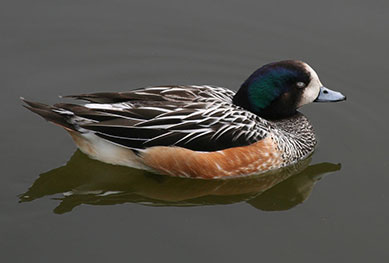 The Chiloe Wigeon is among the mid and late migratory species of South America, and is similar to the North American species of Wigeon. The Chiloe Wigeon is found from The Falkland Islands, to Argentina, Chile, Brazil and Uruguay. This waterfowl species is highlighted by its metallic green and white head, unique feather pattern, and moderate weeping whistle. The Chileo Wigeon is most commonly found is secluded lagoons and potholes across southern South America during the migration season. The Wigeon is commonly found in small groups of (2-6) and frequently flock with other waterfowl species. 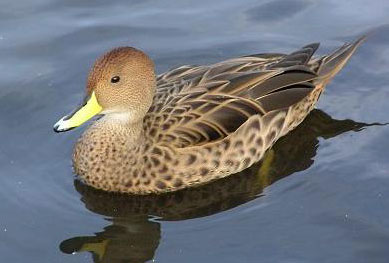 The Yellow Billed Pintail is found among the mid and late migratory species of South America, and is very similar to the Pintail of North America. The Yellow Bill is slightly larger than the Pintail of North America, but has similar characteristics in appearance and behavior. This species is recognized by its bright yellow bill, brown body coloration, and long sprig tail. This Pintail is most commonly found in smaller group of (2-6) and decoy from high altitudes with a good deal of caution. Like the Pintail species of North America, the Yellow Billed Pintail prefer larger bodies of water, open fields, and secluded lakes and ponds. Their caution and decoying style make them a highly sought after game bird throughout South America. 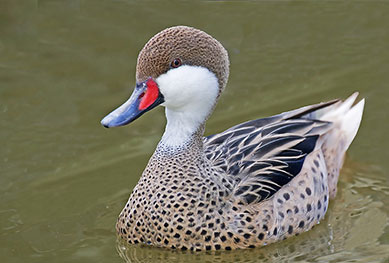 The White-Cheeked Pintail is found among the mid and late migratory species of South America, and is smaller is size than the Yellow Billed Pintail. The White-Cheek is characterized by nothing other than its bold white cheeks and blood red bill. This species of Pintail is found is small flocks of (2-6) and finds comfort in the company of other waterfowl species. Unlike the Yellow Billed Pintail, the White-cheek Pintail is quicker, and frequently flies among the teal species. Much like the teal species of South America, the White-Cheek is highly sought after in Uruguay because of its decoying style and beauty. 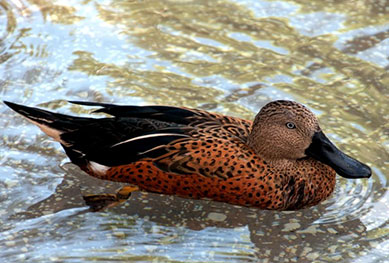 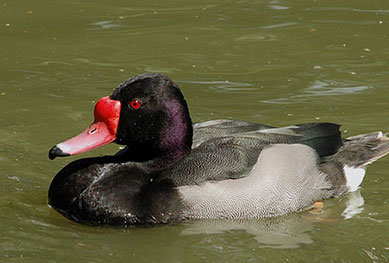 The Rosybill is among the mid and late migratory species of South America, and is unique in all its behaviors. This species is different in size and build compared to all waterfowl species of North America, and possesses uncanny speed, body control, and decoying ability. It is slightly larger in size than a Mallard, and is colored a jet black and slate grey throughout the body. The Rosybill is recognized by its bright, red rosy bill, white striped wing, and loud, repetitive quacks. Notable is the Rosybills unique decoying style. The large flocks of Rosybills frequently fly at high altitudes with great speed as if to have no desire to decoy, just as they seem to be in migratory flight, the group will cup their wings in a simultaneous motion, descend vertically from the sky, and swarm the lagoon or pothole just inches off of the water until finally the group lands in harmony as if they had rehearsed their actions the day before. The species seems to take pride in their ability to descend from high altitudes with great control and speed, making it one of the most highly sought after species in Uruguay and Argentina. 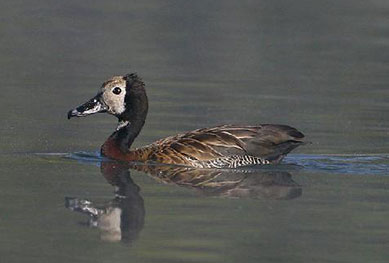