In Argentina there are 2 main types of pigeons that are hunted. The Picazuro Pigeon (grand pigeon), and the Spotted wing (Rock Pigeon). Of course there are other species of pigeon commonly seen which are commonly called “City Pigeons” and “Barn Pigeons”.

The Spotted Wing (Patagioenas maculosa) is the most commonly hunted pigeon as they are the most abundant around the Argentina countryside. Spot Wings are aptly named by the distinct white spots on their wings. This type of pigeon is also recognized by grey eyes and looks very similar to a large dove. The spot wing is a large bird with a wing span of roughly 20 inches and weighs 10-12 ounces. In flight the Spotted Wing pigeon looks very much like a large dove. 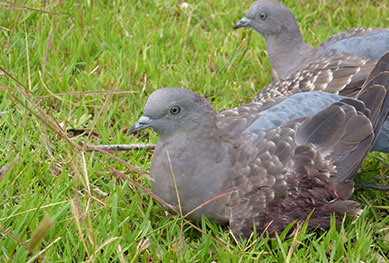 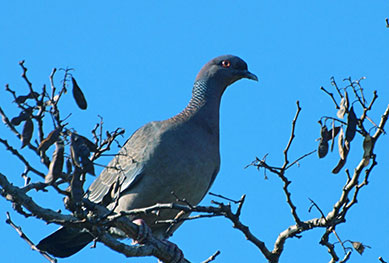 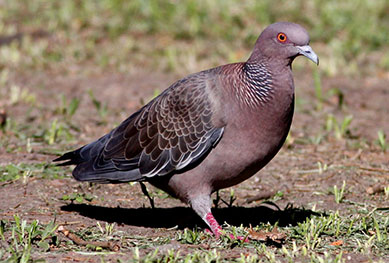 The Picazuro pigeon (Patagioenas picazuro) is an amazing bird in flight because of its size and hulking profile in the air. In Argentina this pigeon is commonly called the grand pigeon due to its size. Picazuro pigeons have menacing red eyes, iridescent feathers around their necks, and white band of feathers on their wings. Unlike the Spotted Wing pigeon, there are distinct bands, rather than spots across the wings. The picazuro pigeon has a wingspan of 22 inches, and large adults weigh as much as 1 pound.

Although its common to see scattered pigeon while dove hunting in Argentina, it’s a misconception that the pigeon roost and feed in the same areas. The pigeon in Argentina try to avoid the dove when possible, as they prefer to eat and roost without competing with the massive dove populations. 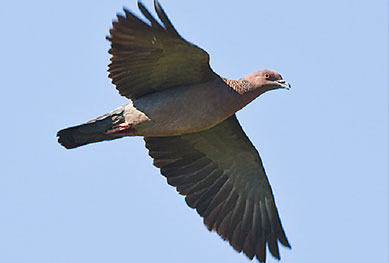 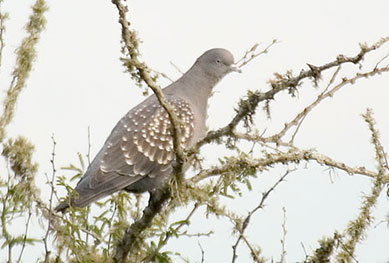 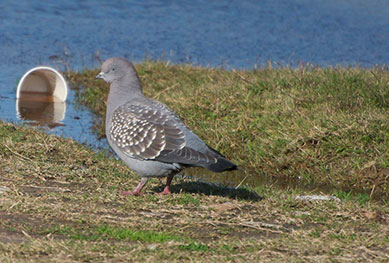 There is no federal limit on pigeons in Argentina; however each outfitter imposes a limit between 200 and 400 birds per day. Much like Dove, Pigeons are hunted year around as there are no off seasons for their harvest; however the best months for pigeon hunting are April through October as the pigeon are more heavily concentrated and easier to scout.

Pigeon hunting is normally done over decoys, with blinds set up strategically in the fields. Pigeons present some unique challenges compared to the dove as they spook easier, fly more erratically and less predictably, and fly faster. Properly placed decoys and good cover will bring the pigeons in close enough for you to target. In some areas where flights patterns are constant pass shooting is the method of hunting. This is common if the pigeons are focused on water hole, field under harvest or in a cattle feedlot. Regardless of which method of hunting you chose Argentina pigeon hunting provides a fantastic and challenging hunt.